I want to call Tokyo a superlative city, but what I really mean is that Tokyo is a city of superlatives. It is the most populous, loudest, most vertical, most miniaturised, most queue loving, weirdest, architecturally surprisingest city I have ever been to. It provided some of my best food experiences (of my entire life, not just Japan) and some of, frankly, my worst (ditto). We also, obviously, shopped up an absolute storm, but that might not be due to any superlative quality of Tokyo…

Most Populous
Well, depending on your metrics. Tokyo’s core is about 9M, its extended metro is 13.5M and the extended Tokyo/Yokohama area is a cool 36M. That last one is what legitimately qualifies it as the most populous city in the world. What is sort of odd is how often you seem to run into the majority of those millions while in Shibuya. The famed crossing is the tip of the iceberg – if you have ever longed to abdicate all decision making and let yourself be buoyed along on a sea of humans with places to go (bet you anything they’re heading for the nearest queue) then Shibuya will bring you endless joy.

Loudest
While trains enjoin you to refrain from phone calls and phone noises, this respect for personal audio space does not continue onto the Tokyo streets. Throughout Japan, but especially in Tokyo, there are fortunes of gaming rooms. Without bothering to go into one (because I want to retain my sense of hearing until age 30) I think these are basically varieties of Japanese pokies. I do love their name though: *PACHINKO*. The pachinko parlours announce themselves with waves of intense anime-esque music and pulsating rainbow lights. I was often enticed to their glowing lairs from a distance, because I love a good shiny thing, only to end up physically repelled by sonic waves.

Most Vertical
To fit all those millions in, Tokyo is necessarily a tall city. There are multiple pockets of skyscrapers, of course, but throughout the city businesses pile one on top of each other. I feel like at best we explored a tiny fraction of the ground level of the city, because every time we had a recommendation that involved seeking out something on a level other than ‘1’ I was shocked to discover how many restaurants/boutiques/bars/pachinko bonanzas were lurking on the upper and lower floors.

This is also a good time to show off our obligatory hotel cocktail bar photos. These were not taken at the Park Hyatt (of Lost in Translation fame) as we spent far too much time freaking out about how underdressed we were and anticipating the crushing humiliation of being turned away in front of snickering chic people. To be clear, we were BY FAR the worst dressed people that had ever been allowed into the Skylounge Stellar Garden at Prince Park Tower Hotel (not of Lost in Translation fame). I assume they are implementing a rigid dress code as we speak so they can avoid future incidents. 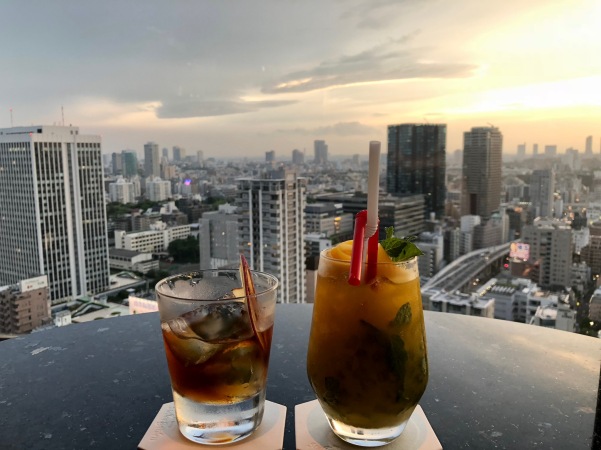 Most Miniaturised
We thought our hotel rooms in Kyoto and Okayama were ‘cosy’, but they were actually generously proportioned compared to the shoebox airbnb we stayed in. In its defence, it was a studio apartment. In its prosecution, Jesus it was miniscule.

What it did make me realise is why so many Japanese knick knacks are teeny weeny. How do you still buy loads of things to home-ify a tiny space? Make all the home-ifying thing even tinier.

Most Queue-Loving
The people of Tokyo must really love to queue. Our queue encounters were so frequent I had to divide them into three sub-types:

3. Purpose for queue not visible, familiarity cannot be determined.
These ones just made me laugh. Huge snaking queues that appeared out of nowhere but which had no visible destination. I like to imagine that the first few people were just standing waiting for a friend and that the rest of the queue formed spontaneously due to an innate Tokyo queuing impulse.

Weirdest
This is a no brainer, everyone knows that Tokyo is just weird. While we didn’t see any of the creepy weirdnesses like a used panty vending machine, we still found plenty to raise our eyebrows, like Maitland’s targeted advertising which took a bit of a turn. 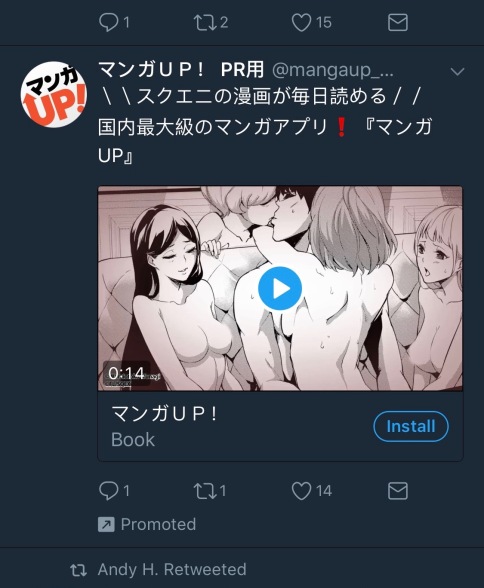 We didn’t make it to a cat cafe (some part of my brain vaguely remembers reading about the cats being drugged? I did still half-heartedly talk about going but the above-mentioned queues were real buzz kills), however we did spot this cat-wheeling man out and about in Harajuku.

And this version of the Colonel (yes, he is a Father Christmas Colonel Sanders in a samurai outfit).

This fetching character hat at a Pokemon centre.

Which was also a pretty weird place.

This woman in a donut coat and double hair bow, which was actually not weird at all and just flat out amazing.

This liquid in a lightbulb that tricked Maitland into having fizzy drink.

And this drink that promised me something it couldn’t it deliver.

Architecturally Surprisingest
Our experiences in the rest of Japan had been a bit inconsistent. While the traditional architecture is incredible, the modern builds are a lot less chic and a lot more ‘ode to apartment block styles of the 1970s’. Tokyo provided a real range, some successful and some…you can decide.

Best Food
Often there is a weird synchronicity with travel – through some fluke or another you find yourself reading or watching or hearing some random thing which then heavily informs your experience. I presume this is a cognitive bias – we probably process information like this all the time but only register it properly when it relates profoundly to our lives. Look at me everyone, I’m (maybe?) using my Psychology degree! ANYWAY, the synchronous moment here was with the amazing Netflix show Ugly Delicious. For context this is a show hosted mainly by Korean-American celebrity chef David Chang (of Momofuku fame, amongst other things) and explores the world of unsexy food. From pizza to tacos to fried chicken, Chang and the other hosts travel all over the world and tell the story of our favourite fast foods while also enjoying their myriad variations. ANYWAY ANYWAY, Ugly Delicious features Tokyo pretty heavily.

and it also prompted the best pizza experience of our lives at Savoy in Roppongi. Don’t roll your eyes because it was pizza and this is Japan, just appreciate the wisdom of Aziz Ansari’s observation on Ugly Delicious that, for every cuisine that exists, there is some Japanese person out there who will get obsessed with it and master it (paraphrased). We ordered the margherita and the pizza y (tuna), and the chef watched our eyes pop out of our heads while we ate them and talked us easily into ordering a marinara as well. I want to go back there right now.

We also went to Soul Food House, featured on the Fried Chicken episode. I barely ever eat fried chicken in my ‘real life’ and in Japan I made up for lost time. This wasn’t as mind-blowing as the pizza, but nothing ever will be, so that’s not really a strike against it. 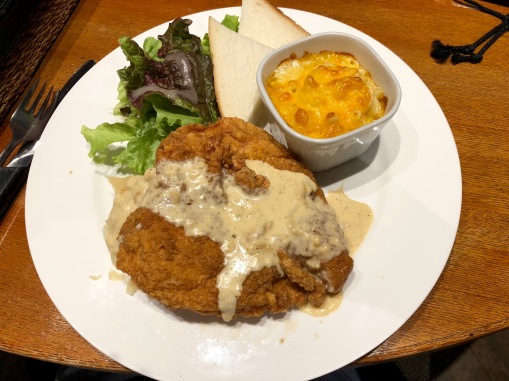 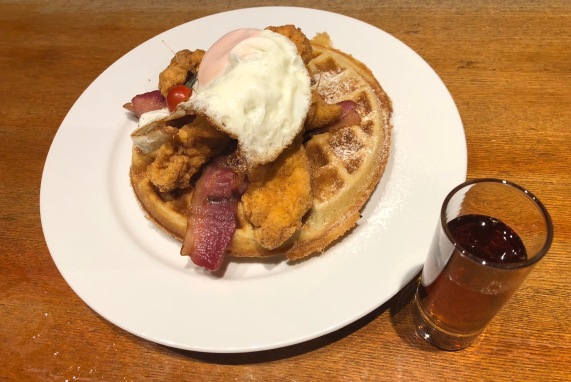 Ugly Delicious aside, we also had the obligatory (but no less excellent for it) Tsukiji Market sashimi experience.

And the equally obligatory unsuspecting ramen-house in the middle of nowhere experience.

We actually finished off our first day by heading back to a fantastic looking chicken place we had spotted earlier (what did I say about my new fried chicken obsession? It’s a problem), excited to live that Japanese food life. As we waited for our table (queue!) our bubbles were burst a little bit when we got chatting to a local. He wanted to know why were visiting Japan…’for the food!’…he then laughed in our faces and said ‘so you came to Japan to eat Korean food’. No regrets. 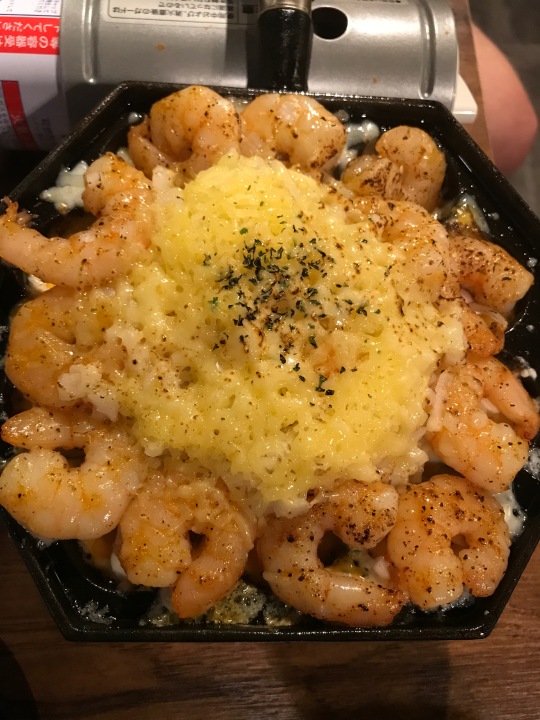 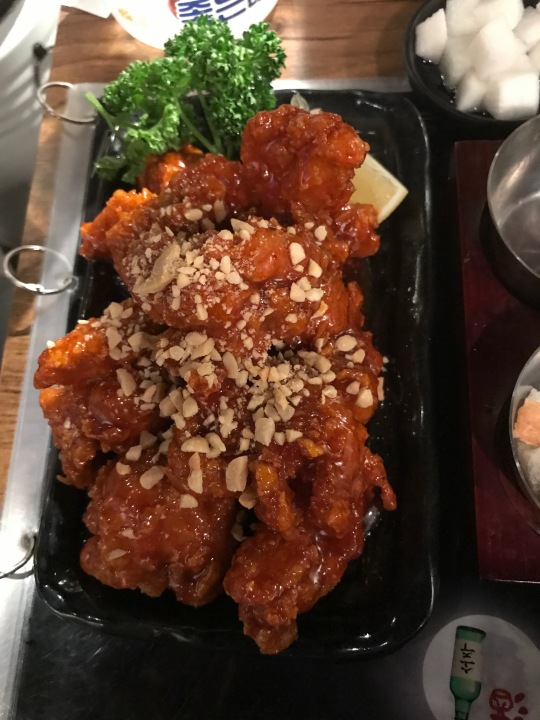 Worst Food
When you roll the dice on food you cannot identify you definitely run the risk of disaster. Sweets in particular can be tricky, but we felt excited about these beautiful mirror glazed balls and the associated strange yellow cuisenaire blocks. My expression will let you know how that worked out. Truly disgusting.

We also got a bit cocky ordering skewers off a very non-English menu and ended up with these: 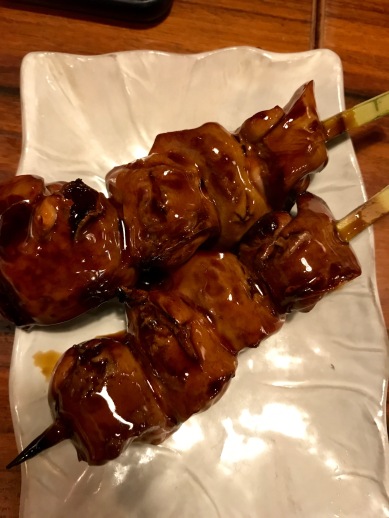 They looked stunning but they were most definitely liver. And that is very much a no for both of us, although Maitland is quick to remind me that I ate all of mine. I’m very polite.

Shopping
We did a lot of it, some window and some actual. I overcame some serious obstacles to walk away with a great pair of Adidas sneakers. My size 9 feet are well over the maximum accepted Japanese foot size for a woman, so I squeezed into some size 8’s which were only found at the 5th Adidas we went to…worth it. Maitland had to be forcibly removed from the women’s section of a different Adidas store where he had fallen head over heels for some shoes that could never be his destiny given that they usually cap their sizing at around a 7.5 ladies. Maitland tried to get a shop assistant to bring him a pair in a men’s 9 and I don’t think I’ve ever seen someone so instantly alarmed and appalled.

We also both bought sunglasses and immediately became cooler.

We have a lot more knives now, and of course ceramics.

But where we really lost the plot though is in Tokyo station. There is a Japanese word for buying sweets as souvenirs (omiyage) and each destination has whole sections dedicated to packages of sugary goodness which are distinct to their place of purchase. We got…a few.

We also discovered two different treats with oddly similar, but equally incomprehensible, names. This leads me to believe that the naming system is a sort of Pachinko process: 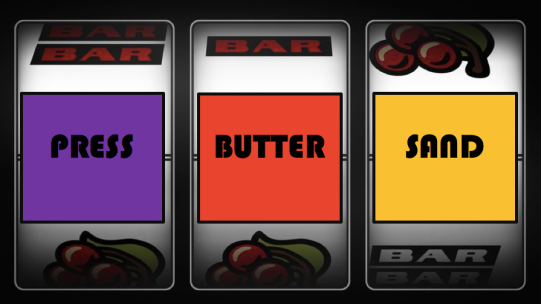 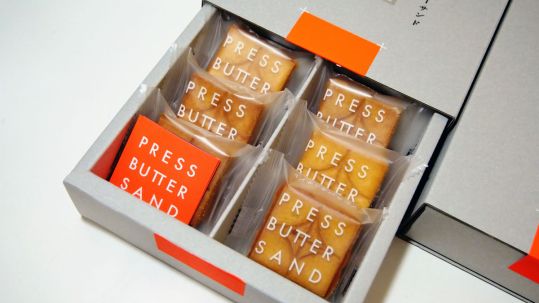 We have had the best time here in Tokyo and also in Japan as a whole. Drinking canned whisky highballs in the bath, eating fried chicken from Lawsons (and everywhere else), getting constantly thwarted by parks with walls and opening hours, experiencing our hotel’s onsen in Kyoto, eating the best things ever and a few of the worst, walking endlessly with aching calves, seeing Avengers: Infinity War twice, and generally being our maximum Western tourist selves. Given how many floors worth of things to do we missed in Tokyo we will definitely be back. First, though, we will need to acquire: